Mont Sherar was a prime mover of post-punk dancefloor DJing during the entire decade of the 1980’s. He was a regular feature at both Miami’s original Fire & Ice and Kitchen Club. His close relationship with the band Killing Joke can be traced back to the end of the 70s with Killing Jokes release of their debut EP, ’Turn to Red’. Not long afterwards, Mont would hear then DJ Steven R. Gilmore play the song “Are You Receiving” at a club in Vancouver called Luv-A-Fair.
Mont was so impressed by this completely unique sound, that he would go on to become a DJ himself, “for no other reason than to spread the word about Killing Joke”. Gilmore would go on to become one of the world’s premier album cover designers and the two would collaborate together on the book “Twilight of the Mortals” 36 years later (Gilmore is designing the sleeves for the vinyl offering of the deluxe version).

Although Mont received a hand written letter from Jaz going back to 1982 (silver ink on black paper), the first live personal contact with the band was in 1989 when he booked them to play at his club; “The Kitchen Club.” The Kitchen was as famous for its music and bands, as it was for its anarchistic operations. A run down beachfront hotel that became a dance-club provided the ultimate experience in post-punk, industrial decadence! The fact that members of Skinny Puppy were hanging out there when Killing Joke arrived is the stuff of collaboration legend.

Sherar would begin documenting the band using various forms of hi and lo-tech mediums, after their 2008 reunion including the acclaimed short film documentary, “Chapter Big Paul Ferguson” which was recently presented by Martin Atkins at the Chicago Film Festival.

Today, Sherar lives in Copenhagen Denmark with his wife Pia and their golden retriever, Columbo. After the release of Twilight of the Mortals, Sherar plans on finishing his autobiography appropriately titled, “Sex, WAX n Rock n Roll.” 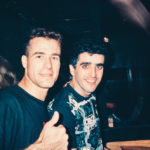 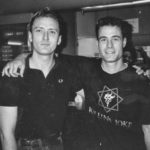 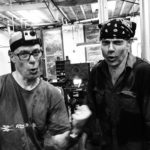 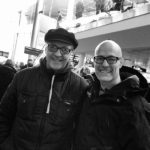 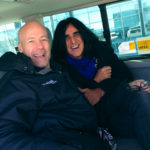 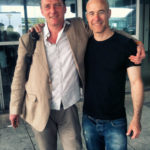 Twilight of the Mortals